I think the birds have been talking to each other. About me and this blog.

I imagine the ones I've snapped pictures of have been telling others to stick close to the house and if they happen to see me, pose. That they might get their picture on the internet and might be seen around the world.

In the past 24 hours, I've had several bird encounters:
What are the odds of all of these missed opportunities happening within the same day of each other? And what are the chances it's going to happen again? Pretty slim on both counts.

My picture search for the day is not yet over, but at this late hour the chances are also pretty slim of getting a good picture, especially with me feeling as crappy as I feel.

How about a picture I took yesterday at the end of the day as the storms finished up? It's worth posting, even if it's a day late. 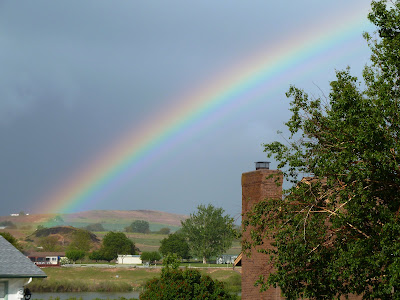