I realized I've just about finished up two months of this journey so far. My, how time passes. I can't even imagine where I'll be two more months from now!

*I didn't know if I'd have a job to go back to or not. Still don't.
*I was still going to physical therapy several times a week. Now, I do it at home.
*I was thankful that on some days I could do things for others, like sending out coupons and taking cookies to folks. Now I still do that, but have added pillowcases, quilts, and even concert tickets.
*I hadn't started injections for rheumatoid arthritis. Now I give myself shots every week.
*I didn't know why on certain days I felt worse than others. Now I do (it's a medication issue).
*It hadn't even occurred to me that I should be exercising every day. Now I do - every day - 15 out of 15 today!
*I couldn't raise my arms above my head or bend my knee all the way. Now, thanks to exercising, I've made progress on both.
*I had more bad days than good. Now, I think I just might be having more good days than bad.
*I set a goal to take a picture a day. Now I'm 61 consecutive days into it.
*I didn't know where this all was going to lead me, but hoped it would lead me back into the land of the living instead of the land of the existing. Now, I think it might be doing just that.

And today I forced myself to go outside. Doesn't feel like 70 degrees with the wind, but my phlox sure are happy.

The picture also sums up how I feel about the progress I've made so far. 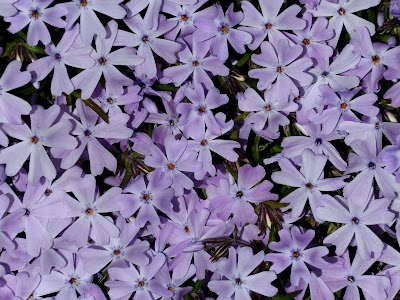