Welcome to Dubai!
As we were sitting on the Promenade Deck this morning after breakfast we heard some terribly loud noises. We looked over the side and then remembered that today was disembarkation day for many of our passengers. 500+ left the ship with just as many joining. The poor guys working the luggage had to pick it up at the back of the ship and roll it across all the cobblestone and then up the ramp to get it into the terminal. We’re so used to seeing forklifts do all the work but not here. 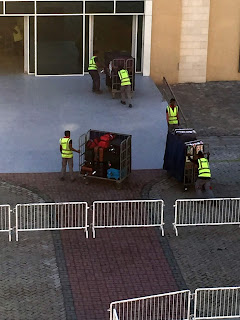 Today was another Hop on Hop off trip for us and Dubai has three different routes. To get to the starting point we had to first take the HOHO from the port to the Dubai Mall.

Once at the Dubai Mall we could transfer to the red or green route. Knowing today might be too much for E I knew I had to prioritize our time so I wanted the green first. 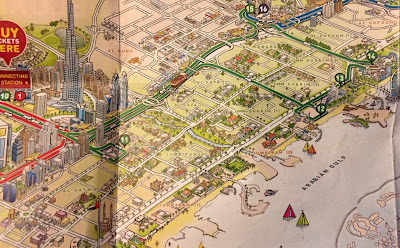 The green route was important because I wanted to see something I’ve seen on TV and read about in magazines. It’s the Burj Al Arab.
The green route also had a transfer point to get us to the blue route. 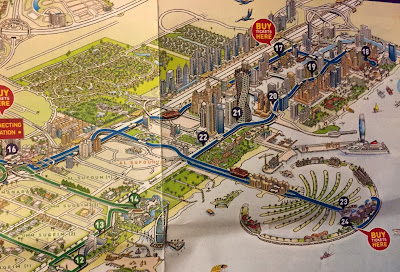 I needed the blue route to get to Palm Jumeirah, one of the largest man-made islands in the world. It’s shaped like a palm tree. While I didn’t get to see it from above (that would have been amazing!) I did get to see things from ground level.

I also needed the blue and greens routes because of where they intersect. That would be at the Mall of the Emirates. Why is that mall so important? Inside it contains something else I’ve seen on TV and read about. A ski resort inside the mall called Ski Dubai.
I don’t ski, but I wanted to see others ski. While I got a picture of it in action, I didn’t get to stay to watch. By that point we were already on mile two for the day. For most people two miles is nothing. But for E, walking across the uneven cobblestone at the port added in with the big step to get on and off the HOHO buses, and then the long walk across marble floors in the mall were taking their toll. We needed to get him a place to sit. But as it would turn out, the Mall of the Emirates doesn’t have any seating around other than in food courts and restaurants. I knew there was a food court somewhere down by Ski Dubai but I couldn’t even get him that far.

We stopped in a cafe where he had a Superfood Salad and I had a Diet Pepsi. 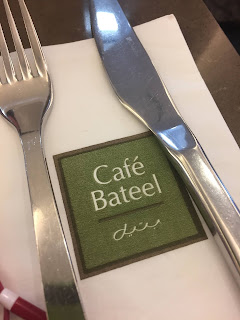 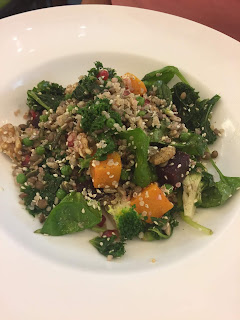 He wolfed down the salad, the bowl of bread, a Pepsi, and it still didn’t bring him any energy. (The mall did make for some great people watching. How can so many people from so many walks of life and dressed in so many, many different ways get along together here?)
We trudged back to the HOHO bus to transfer to the Dubai Mall in order to get the transfer back to the ship. Where he again had to walk over uneven cobblestone.
I’m bummed I didn’t get to take the red route, but I’ll have to be okay with it. I still got plenty of photos of some crazy looking buildings again today. They must have a lot of creative architects in this part of the world. 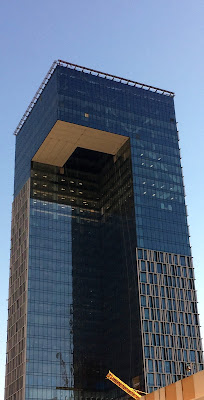 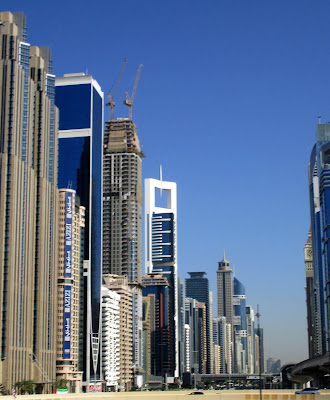 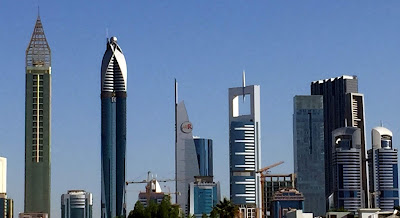 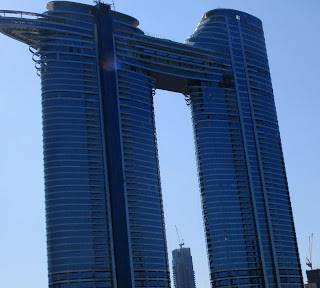 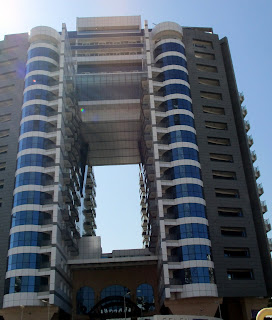 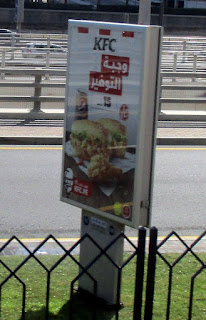 Tomorrow we have a well-deserved, desperately-needed sea day.