Huge warning...the free wifi at the Abu Dhabi terminal is making my blog behave as if it's in Arabic  and it won't let me translate it 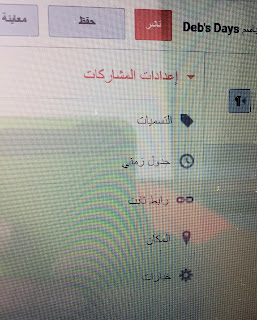 so things are big time messed up. It also doesn't like punctuation at the end of a paragraph so every  last sentence just hangs there, and...it's typing right to left. Oh.My.Gosh

Today was our hop on hop off tour. We weren't sure how close the buses would be but they were really close
We were a bit worried about the length of time the face to face immigration process would take but we were done super fast. The agent looked at the passport, stamped it, then placed it in a plastic bin. Ship's staff were collecting the plastic bins so I'm guessing they'll be keeping them until we leave the United Arab Emirates in Dubai tomorrow

Once on the bus we first took the red route 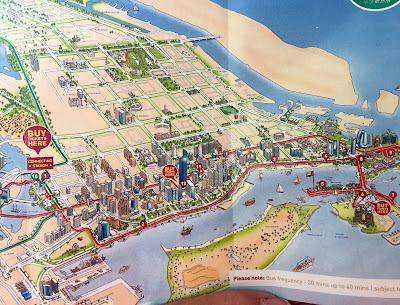 One of the things I noticed right off the bat was how people were dressed. I expected to see all traditional garments. But throughout the city there was a mix of both western and traditional. Ship passengers had been asked to cover knees and shoulders when out but in the city we saw ladies in tank tops next to ladies in burkas. Men also wore an eclectic mix of clothing

Another thing I found very interesting was the mix of architecture. Abu Dhabi is young and is in a shiny building phase, trying to keep up with Dubai 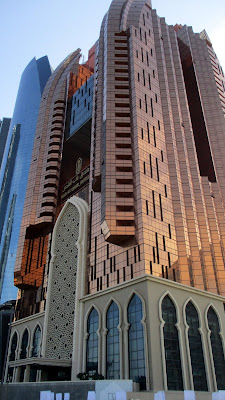 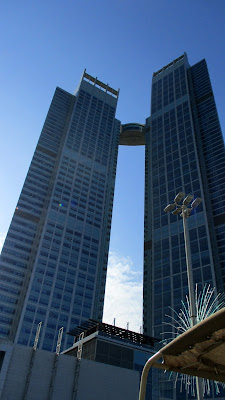 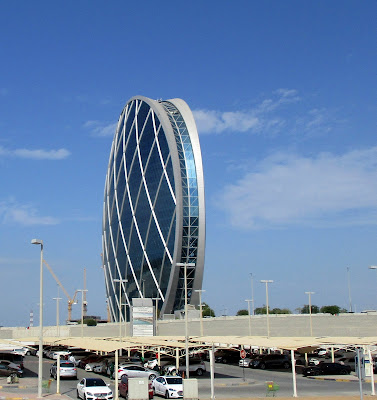 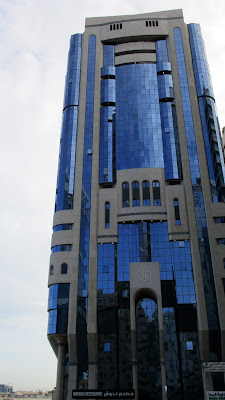 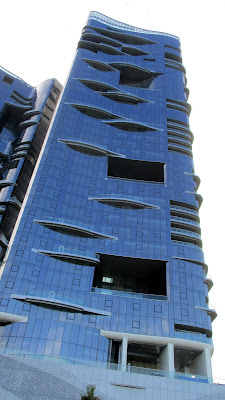 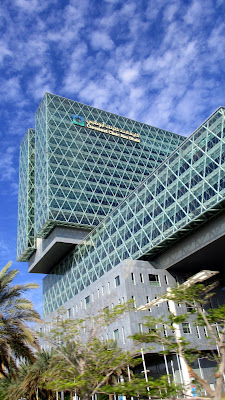 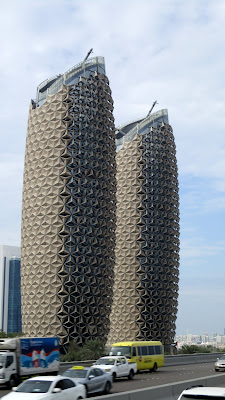 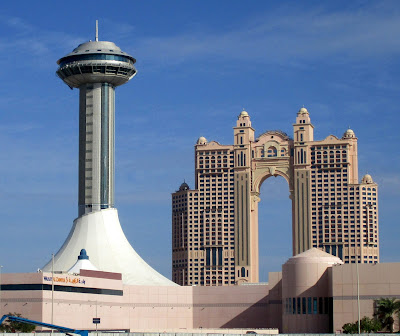 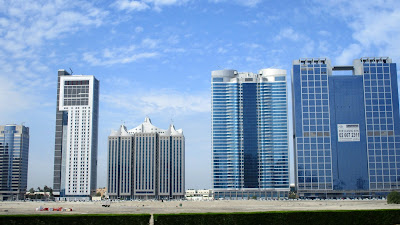 Look at this pair of buildings. On the one to the right, between the spot where the sunlight hits and the top of the building there are a few little dots 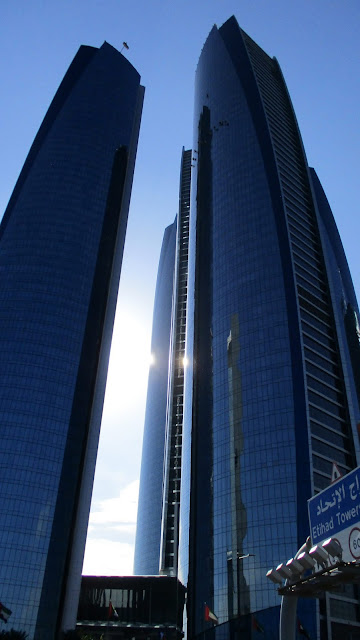 But look closer...those are window washers. They were high up there 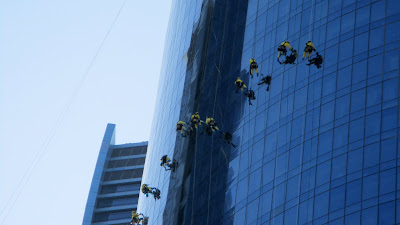 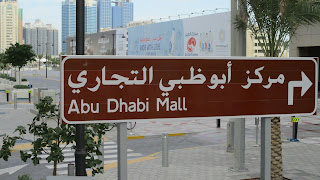 Or shop, or use the restroom. I noticed there was also a prayer room right off the ladies restroom

The green route is the one that gets you to the Sheikh Zayed Grand Mosque, the only one that non-Muslims can enter 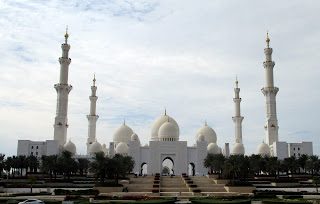 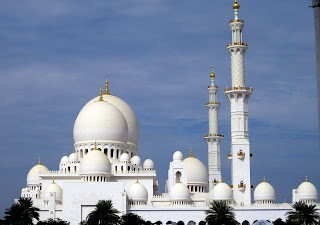 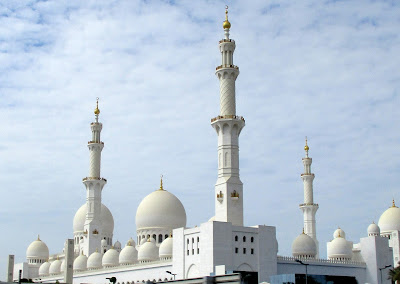 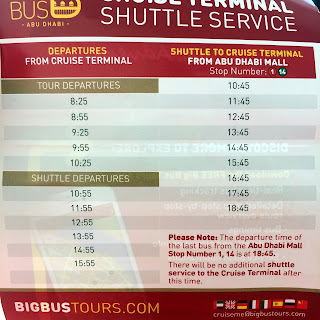 Hungry anyone? Lots of choices in the city (and the mall) with signs in both Arabic and English 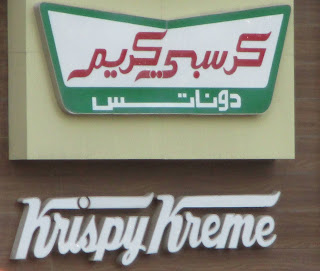 We had a great day riding around on the Hop on Hop off bus. We didn't jump off the bus except at the mall, but that was plenty for E. He's napping now and I'm sitting on the Promenade Deck with my feet up typing this Arabic blog - right to left and no punctuation at the end of paragraphs. It is hard and probably will look a bit ugly once posted 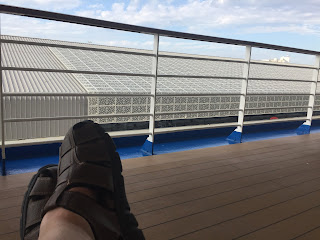 And guess what? I didn't even have to go into the terminal to access their WiFi - I'm getting it right here in a comfy chair on the ship
Tomorrow we're off to Dubai for another Hop on Hop off adventure