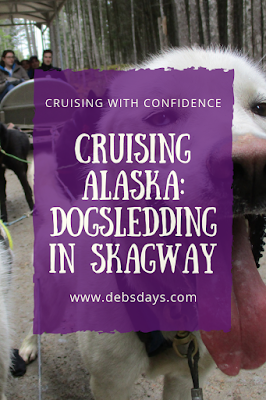 Skagway is another port where we’ve done everything possible. The last few years we have just gone into town to eat. We either go to the place with the best patty melt in the world (by my standards) at Sweet Tooth Café or have the best Thai food in Alaska (again, by my standards) at Starfire. But today I had to knock something off my non-bucket list.

My first choice for dogsledding has been flying in a helicopter, landing on a glacier, and being pulled by sled dogs. But every year I look at the price of that excursion – in excess of $500 per person – and my first choice gets bumped out of the running. I can’t justify spending that kind of money on something that only lasts a partial day. I can either cruise for a week or go on a dogsledding adventure for the same price. It’s not a hard decision. So choice number two.

Dogsledding on dirt. Pulled by dogs while riding on a wheeled sled on a rainy day. Not the same – not even close – but it did the trick. And we got to hold puppies afterwards. Gotta count that as a good day! (Although I did have to shower as soon as I got back to the ship because I smelled like wet dog.) 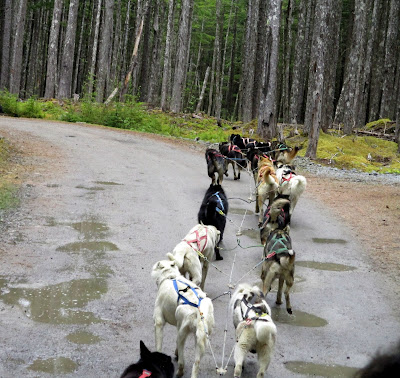 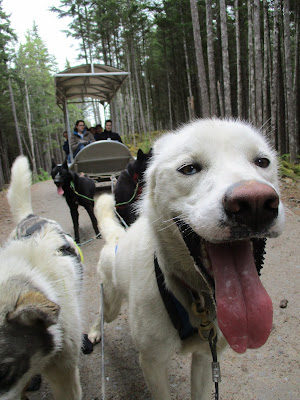 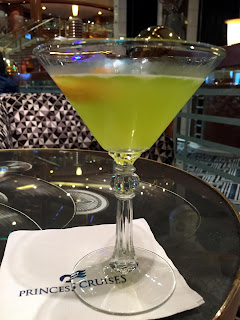 then off to Bayou for dinner. We both went with steak (which was super delicious) but the sides still need some work. My dessert, a peach fried pie was just, well, peachy. Yummy, yummy. 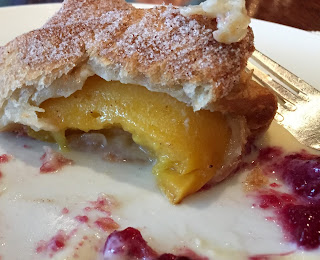 Tomorrow is Glacier Bay. It’ll be an early morning. 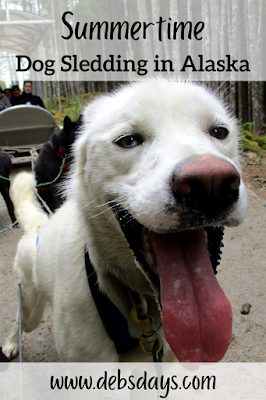