We heard the word diurese quite a bit today. As far as I can tell that's the medical term for getting rid of excess fluid by going to the bathroom. As in, they are forcing him to diurese. His IV has been cut off, he's on a cardiac/low sodium diet, his Sprite supply has been reduced, and they are adding and even again doubling some medications all in the hopes the fluid will be purged from his system.

But at this point, the kidneys still have not kicked in. He isn't eating much, he's sleeping most of the time, and he's too weak to get out of bed on his own. They've given up on even helping him to the bathroom. Thankfully he's not in pain, but he certainly isn't well.

With so many unknowns, it's nice I have some knowns right now - my flowers. Coneflowers. I couldn't decide on which picture I liked best so you get them both. 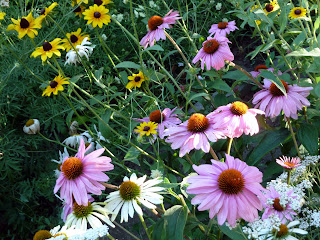 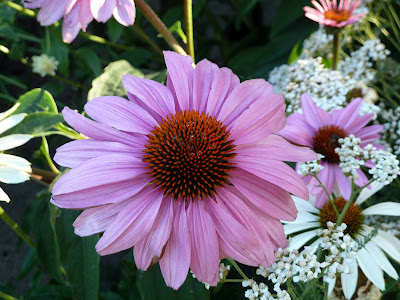