How can your day not turn out great when you take a few steps out of your hotel room and see this? 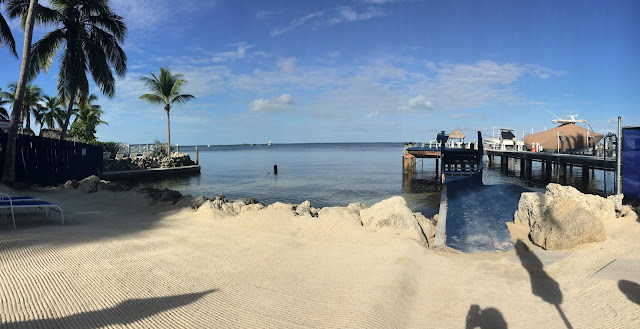 I walked out onto the dock and took a photo of the property.
I'm not sure it's technically a hotel. It's just one building with what looks to be four units.
We would have loved to stay on the little beach all day, but there was no lollygagging for us. We were on to another National Park today. Everglades National Park. Not nearly as pretty as yesterday's, but there was wildlife. No alligators, though. 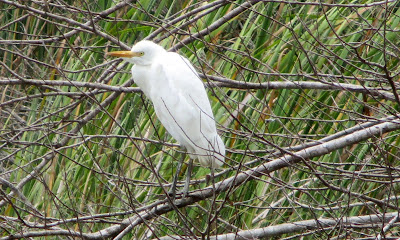 Then following yesterday's schedule, back to another NASCAR race.

So how did we become people who watched NASCAR?
On a Sunday in 2011 I was living at my daughter's. Two months out from shoulder surgery, I was still in my sling and could only use one arm. My daughter was at work and I was doing what I usually did when I was at her place. I was sitting where I slept - in the recliner - and flipping through the local channels since she had no cable.

I came across the Daytona 500. I rarely ever watched car races, but knowing I was heading home the following week and would need something to talk to my husband about when I returned, I chose the car race. I sat there and watched that race. And enjoyed it. (Granted, I was on pain pills at the time.) Right before I started this blog in March I was able to move back home. Told my hubby about enjoying the race. He suggested we start watching those NASCAR races. So we did. Our weekends from March - November began to revolve around race time on TV. For the first few weeks I always picked who I thought would win the day's race based on who had the prettiest car. (I still do it that way.) Wouldn't you know it, for several weeks in a row I was always right.

Fast forward to 2018 (and I was in a sling this week because of my shoulder again - dang!) and we made it to two races in two days. Championship Weekend is a biggie. It's the end of the racing season and the day they crown a new champion.

We can mark that one off our list. I think we both agree we'd much rather be in our recliners with our feet up in the comfort of our own home rather than be in a crowd of thousands. 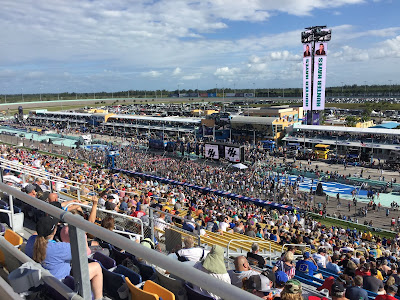 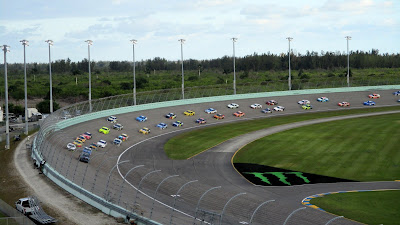 One thing to note for future reference: If you go from a 14 day transatlantic cruise to a NASCAR race on the same day, prepare yourself for a culture shock. Not the same clientele for sure!

Tomorrow we're relaxing at our private beach before check out, heading off to try and fill a prescription, find a laundromat, and relax and enjoy another new and somewhat different kind of lodging in the Florida Keys.