If you've read the blog during my Grand Princess cruises over the past year, you know we kept going back and back because it was the ship where our favorite bartender was year after year. I recently mentioned that as soon as he moved on from the Grand, so would we.

Well, he did. He's on the Golden Princess now, but the ship will be spending the entire winter cruising season in Australia. And since we won't be going to Australia anytime soon, we had to do the next best thing.

A short Boise to Seattle flight yesterday.
A relaxing evening in an airport hotel.
A morning Amtrak ride to Vancouver, the only way one should travel between Seattle and Vancouver. Believe me, I know! Sit back and enjoy these kinds of views all morning. 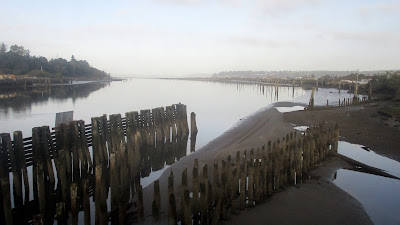 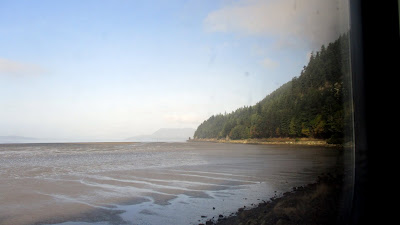 Jump on the Golden Princess for the three last days before it heads to Australia. 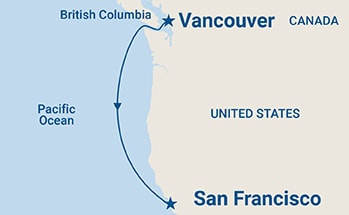 Find your favorite bartender and spend every moment you can with him.
Sort through all your first day paperwork where you find some important stuff. First, since this is a short cruise, there is no Captain's Circle Party for repeat guests so we each received a free drink voucher. 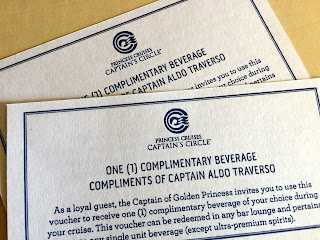 There also is no Most Traveled Guest Party for the top 40 passengers. Instead the top 20 passengers received a specialty dining voucher. We made the cut, so I guess we're getting up there in days! We'll be trying out the new Sabatini's on the last night of the cruise. 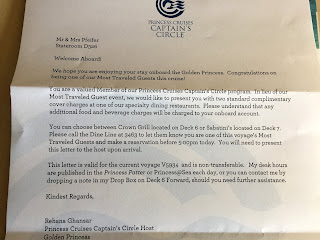 Because there are over 1,000 Elites on board right now, the Platinum/Elite/Suite guest evening event has been moved from Skywalkers down to Vista Lounge. 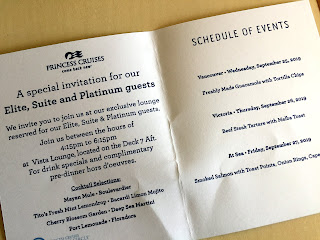 But boy, did that event cause a stir. We typically don't go to these things, but our bartender was working the event which turned into a cocktail time where no cocktails were allowed to be served. Not long after the bar opened, Canadian officials showed up and shut it down. Made them remove all the alcohol and the officials used zip ties (with numbers on them) and zip tied all the cabinets shut (and recorded those numbers). It was a big deal.

Did you know, according to Canadian regulations, a ship can only have one bar open per deck when docked in a Canadian port? And the ship has to notify the officials at the beginning of the season exactly which bars will be open for every single stop in Vancouver? Since one bar on deck 7 was already opened, and then they opened the bar for the P/E/S event, they got themselves in trouble. Big trouble. If you know me, I always like knowing the whole story and I ask lots of questions. Lots and lots of questions. Not only did I talk to the bar stewards and bartenders, I talked to the bar manager, the hotel general manager, and even the Canadian officials. Princess may be paying a $15,000 fine for their actions. Ouch!

For those interested in the officers for the ride on over to Australia or the activites scheduled for a short cruise, I've got a couple photos for you, too. I'm not uploading Patters this time, but if you have a question on anything, just ask. (Use that contact me tab at the top of the page.)

I think that's it for today. Thanks to our favorite bartender, this rheumatoid-arthritis gal has pain-free joints for the first time since, well, the last time we saw him.

Tomorrow we're in Victoria and I'll show off the $155 per person cabin we're staying in this time. (That's not a per night cost - it is a per voyage cost. And nope, it's not a broom closet.)