Hello from Victoria! Today was an early arrival and early departure, neither which mattered to us much. We've done all we can do in Victoria over these past few years. We've taken city tours, been to Butchart Gardens more than once (three times maybe?), been shopping, eating, and pub hopping. So today was a ship day for us. A leisurely breakfast in the covered Calypso Pool area (boy, I've missed that space - the Royal Princess doesn't have it) followed by a relaxing morning on the balcony. What a way to spend a day. 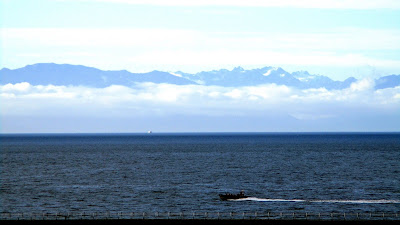 With handicapped hubby's physical and stamina issues it takes A LOT of accommodations (with a big chunk of determination, persistence, and a healthy dose of patience) to make it work. But once we're here and it all comes together, it's so worth it. And having amazing crew member friends we get to visit with day after day is like icing on the cake. Having Princess make a mistake with our cabin turned out well for us, too.

When we first were looking at some shorter cruises, the prices were super low on the Princess website. Since pricing is important for us, we put several cruises of the super cheap cruises on hold for a couple days before making final decisions. In between the time of the hold and the time we had to put a deposit down, we got a call from Princess. An "oops, we made a pricing mistake" phone call. While they wouldn't honor the prices on their website for these cruises, they did offer a pretty dang good deal.

A mini suite cabin. For an inside cabin price. (I'll post more photos later, but here's a taste.) 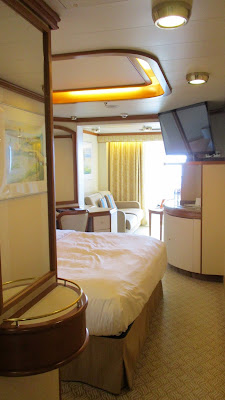 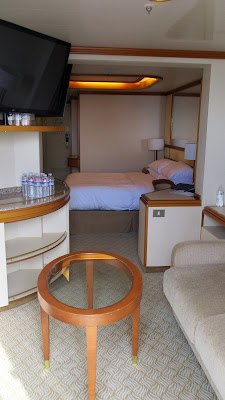 Going rate for the inside cabin on this three day Golden Princess voyage? $155 per person for the entire voyage. So here we sit, in a mini suite, at a per night price less than what we'd pay for a cheap hotel in Boise. Plus we got onboard credit for using our future cruise deposit, and another $100 onboard loyalty credit we get for each and every cruise. When I looked at our account this morning I realized, even with gratuities being charged, we are going to have credit left over. Since it's all non-refundable it looks like we're going to have to do some shopping. I know hubby will be buying himself some coffee - here on the Golden it's the crap liquid concentrate.

We certainly won't be leaving any extra dollars for our cabin steward. As we've seen time and time again on these shorter cruises, crew members have an I-don't-care attitude. They know you're leaving soon and they have no interest in putting their best foot forward. A first-time cruiser may not notice the difference, but it's a glaring issue for folks like us who have been around the block (or in this case, the ship). Like the cigarette butt we found on on our balcony today. You may remember, we've had issues with passengers smoking on balconies on other ships and have been routinely told the same thing. While stewards keep their eyes out for evidence, they really can't do anything. So when we found a cigarette butt on our balcony and pointed it out to the cabin steward, the non-caring attitude really shouldn't have been surprising. 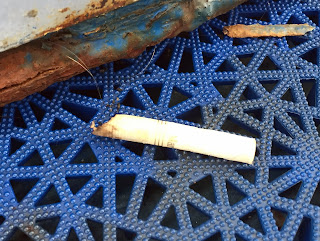 But at least from that balcony we got to see the Royal Princess. I so wanted to just toss our luggage on over to her since we're joining her on Sunday. But oh well, guess I'll have to pay the airline the baggage fee instead. 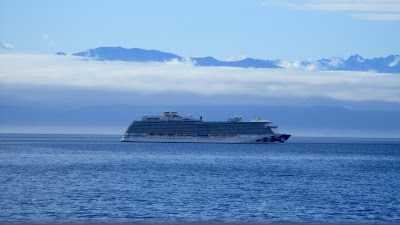 Tomorrow we're off to a sea day with absolutely no plans, other than our freebie dinner tomorrow night.