Sometimes I struggle with doing these cruise wrap-ups. I'll usually go back and see what I said on my previous wrap-ups and either try and write something different or new or exciting. Unfortunately, I happened to read my 2018 wrap-up before I started this one. Not the smartest idea.

Back then, on December 1, 2018 I wrote:
We had a great week on the Royal Princess and always love this itinerary. There were so many good things I don’t know where to start so I’ll just jump right in.

My, how times have changed. The itinerary is different (Caribbean then and Mexican Riviera now) and so is the experience on the ship. I guess that's what happens when you spend 72 days on the same ship within nine months time. The novelty wears off and the warts start to show.

Heck, we're not even done with this cruise yet and I'm ready to put it behind me. But as several of you have been asking how the new Medallion wrist band is working out, I need to you give an honest answer. First, I love the wrist band. It's flexible, it's stylish looking, lightweight, and much more comfortable than the sports band. Big plus there.

As for how well it's working? I still don't know what the deal is, but it took several tries to get it to scan as I was going on and off the ship today. And getting into the cabin? Well, after multiple trips to the Passenger Services Desk (I'm calling it what it is - a huge waste of my vacation time) and a Medallion reprint and hearing more than once there is nothing wrong with it, I still can't get into my cabin without waving my arms around the sensor. When I'm at the door I'm starting to look like a big ole' goose flapping some big ole' wings on takeoff. 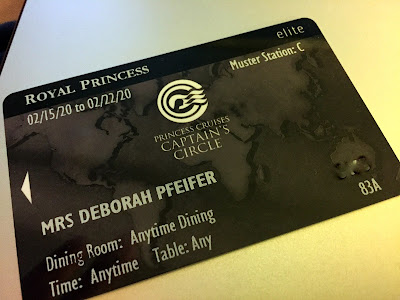 Seriously, a cruise card? I don’t want a stinkin' cruise card. After 14 Medallion cruises and you're telling me I have to put my pretty new wristband away and stick a cruise card in my pocket instead? What the heck? Do you not know how much I really want the Medallion to work? How much time I've invested in making videos for other passengers, showing them how great it is? How I really believed it had great potential? (For everyone but me it seems. Mr. E, the anti-tech guy gets to breeze into the cabin just fine. No flapping wings required.)

It's not the Medallion update I wanted to give, but I guess it is what it is. I have three more days on the ship and while I'm crossing my fingers for a miraculous Medallion recovery, I'm not holding out much hope.

Update: Finally after many more trips down to Guest Services over the past several days and begging and pleading and more begging and pleading they finally sent someone to the cabin last night. More Medallion reprints, the sensor panel taken apart, batteries checked in the door itself, and multiple system resets (I think it is what he called them) I can finally get into the cabin this morning.

Except I no longer exist. Beggars can't be choosers, I guess. (And believe me, I was a beggar!) 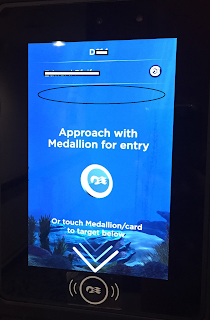 Update to an update...
Now that I have a few days off the ship, my frustration and disappointed from the cruise is beginning to wane. (Sort of.) So let me share some of the better things we found happening around the ship.

Since one of the cruises occurred over Valentine's Day, our door panel was prettied up as was our TV screen. 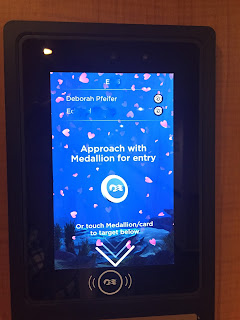 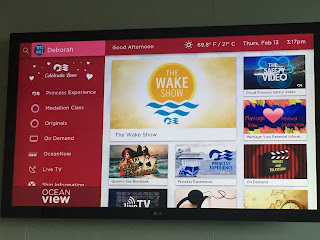 You can now watch some of the on demand movies under the OceanView section of the MedallionClass app. I could only find a few and only on the app on my iPhone, not on my iPad app. 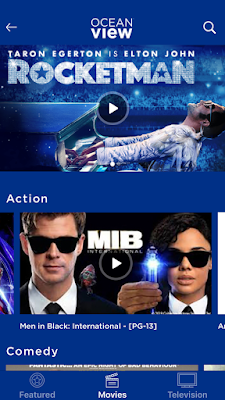 There is now a "deals" section in the OceanNow portion of the app. We found both drink and retail specials. The special drinks changed daily and were only $7 when ordered through the app. As the app gave me fits most of the cruise I hardly ever opened it so I didn't discover these until late in the cruise. 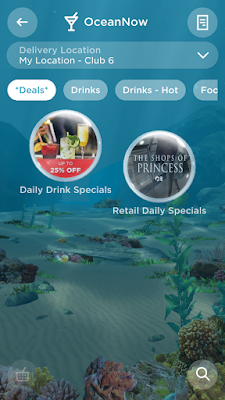 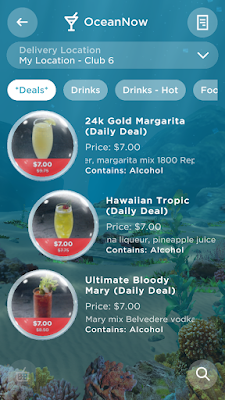 Other good stuff? We still had a good time, I pretty much finished the presentation for my upcoming Cruising with Confidence class, and we got ourselves a bit of a tan in the warmer-than-Idaho weather. And most importantly, we stayed healthy.

We do have some other cruises coming up next month. (Not on the Royal Princess.) Not sure if I'll be blogging or not. If I do, I promise I'll work on keeping a positive attitude!